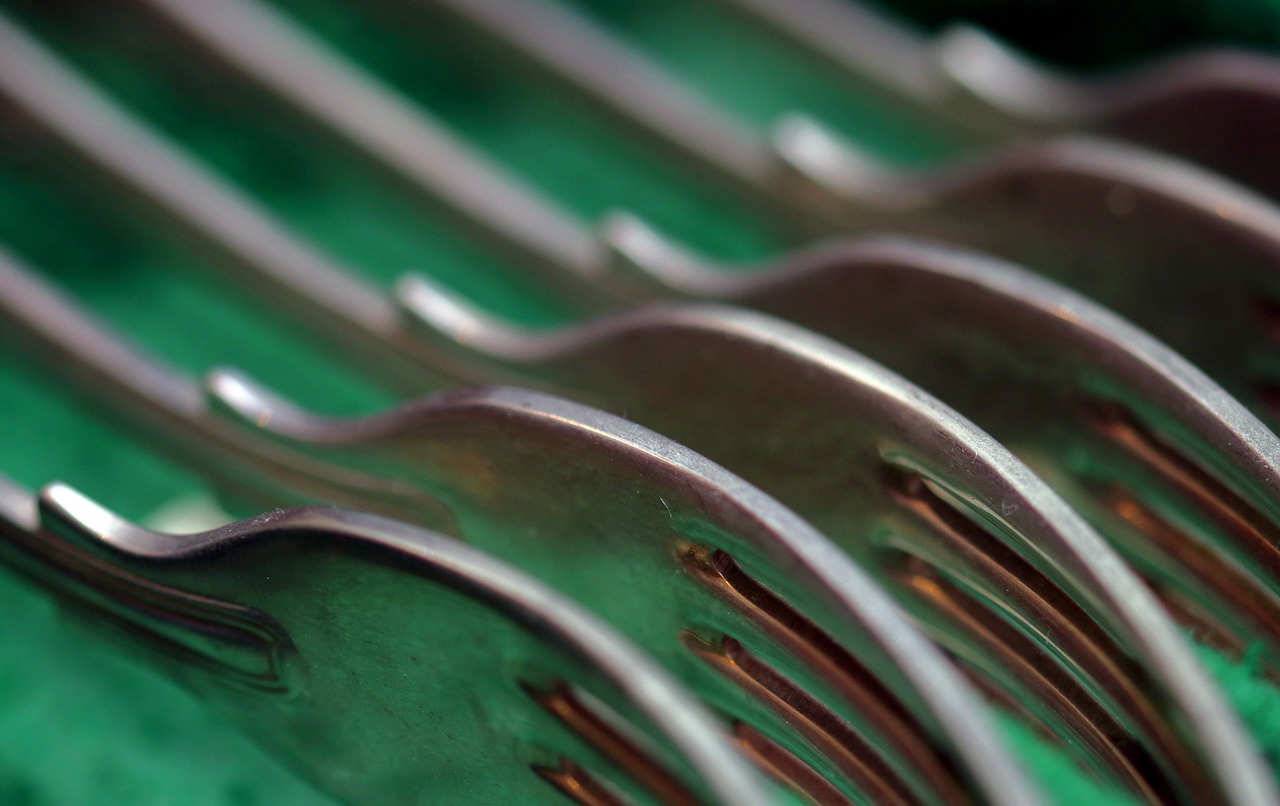 When Julie was a child, her mum polished the silverware every other Saturday. She would do it when her Dad was out taking her brother John to football practice.

Her mum would stack all the black boxes in which laid the heavy wedding service cutlery on the dinning room table. She’d ask Julie to also bring the frames, the decorative pot, the nesting boxes and the champagne bucket and line them all on there. Then she’d slip into a pair of yellow marigolds, get a clean cloth, squirt the pale pink ointment on it and start rubbing.

They inherited it from a great aunt who only use it once, on her engagement night. She soon after broke it off realising her life could not be complete unless she married a doctor which she never did and subsequently died alone at the age of 87, the silverware tarnishing in the buffet.

Julie’s family never used the silverware either and occasionally Julie wondered about the necessity of the incessant buffing but was raised not to ask questions.

When it was dinner time, the kids ate first, mostly fish sticks and peas, or spaghetti hoops and hot dogs on discoloured plastic plates till they were teenagers. Their parents would eat later, quite often something roasted, and always with potatoes and salad, served on plain white china. All of them would use the metal cutlery from the top kitchen draw.

Once done with the crockery, Julie’s mum would lay them back into their little coffin, one at a time, sometimes letting Julie help, before closing the boxes and placing back at the very top of the cupboard.

Occasionally Julie was entrusted with putting the pictures back on top of the commode and she would take them one by one, not trusting herself with carrying them all at once, eager to help and to please and not to be told off.

Mum would then tackle the nesting boxes, another family heirloom apparently, quite often only giving a proper polish to the outer one and a quick wipe to the 3 others. She’d finish with the champagne bucket and the pot, polishing faster, keen to make them shine, but also keen to be finished.

“There”. She would always say when it was over, satisfied at the shiny, ephemeral result. She would place the decorative and quite pointless pot back on the small table by the window. Through it, Julie could see children running around on the green, feeding ducks and eating ice cream cones.